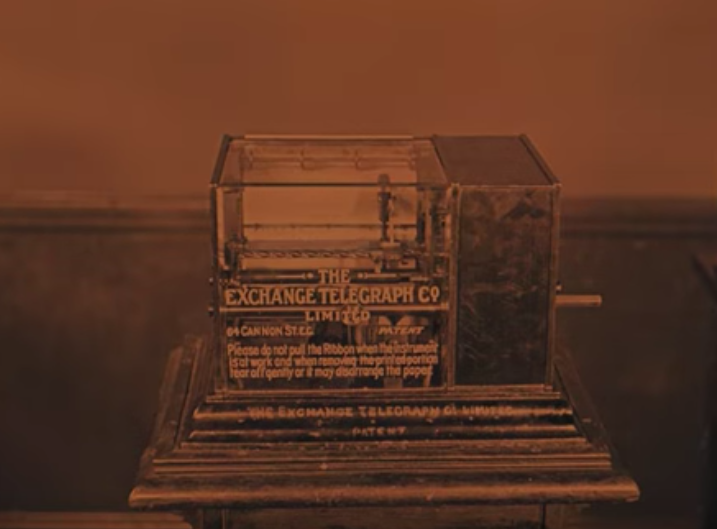 Let me back up for a second. Last night/this morning, I watched Hitchcock’s The Lodger1 which is an absolute FEAST of typefaces and text design2 starting with the beautiful censor card, the opening sequence, all the intertitles,3 basically any time text appears onscreen…INCLUDING in this bizarro magic box I want to see in person.

I know it’s some kind of teleprinter, but I can’t figure out how it works from the video. It almost looks like the wheel is printing. SO. COOL.

Fair warning, as a silent film it’s kind of meh. But there’s a lot to get out of it.